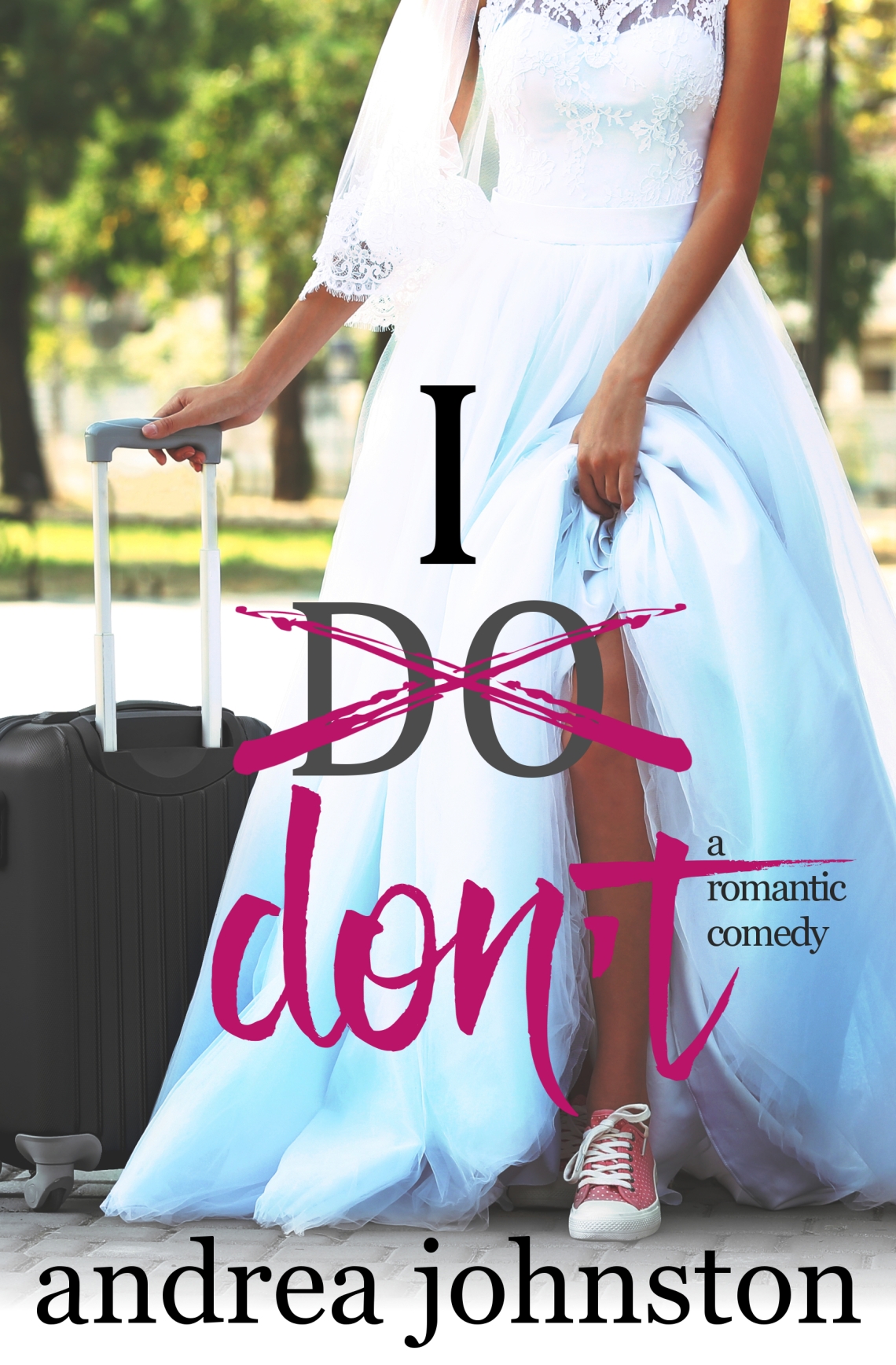 I Don’t is a New Adult Romantic Comedy standalone and early readers have already claiming Lucas DeCosta as their next book boyfriend! 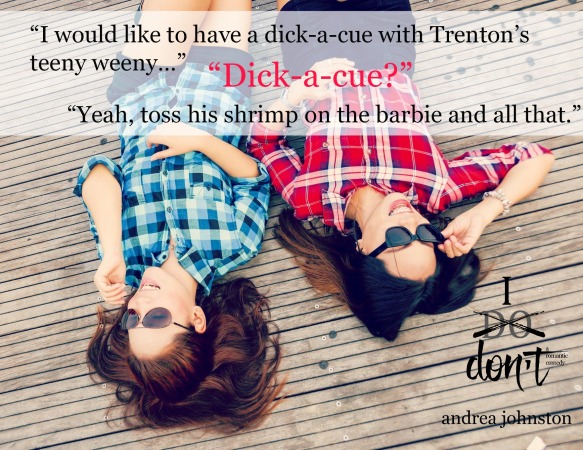 I Don’t: A Romantic Comedy 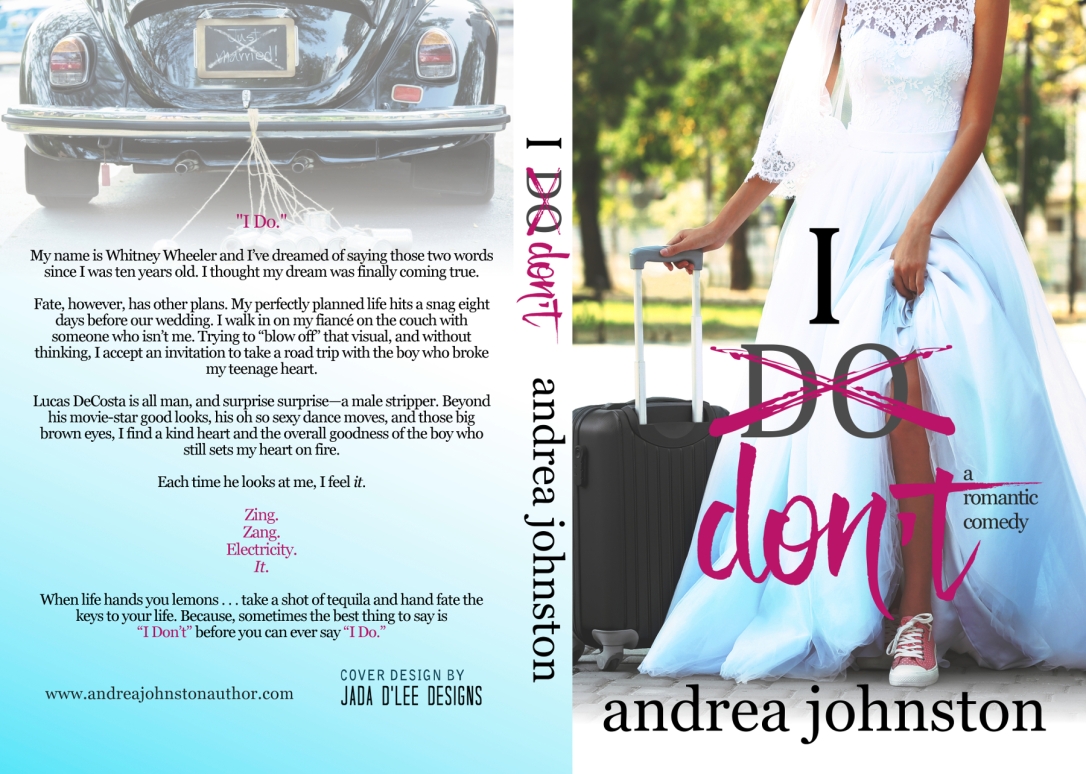 I was ten years old. I thought my dream was finally coming true.

Fate, however, has other plans. My perfectly planned life hits a snag eight days

before our wedding. I walk in on my fiancé on the couch with someone who isn’t

to take a road trip with the boy who broke my teenage heart.

Lucas DeCosta is all man, and surprise surprise—a male stripper. Beyond his

movie-star good looks, his oh so sexy dance moves, and those big brown eyes, I

Each time he looks at me, I feel it.

When life hands you lemons . . . take a shot of tequila and hand fate the keys to

your life. Because, sometimes the best thing to say is “I Don’t” before you can 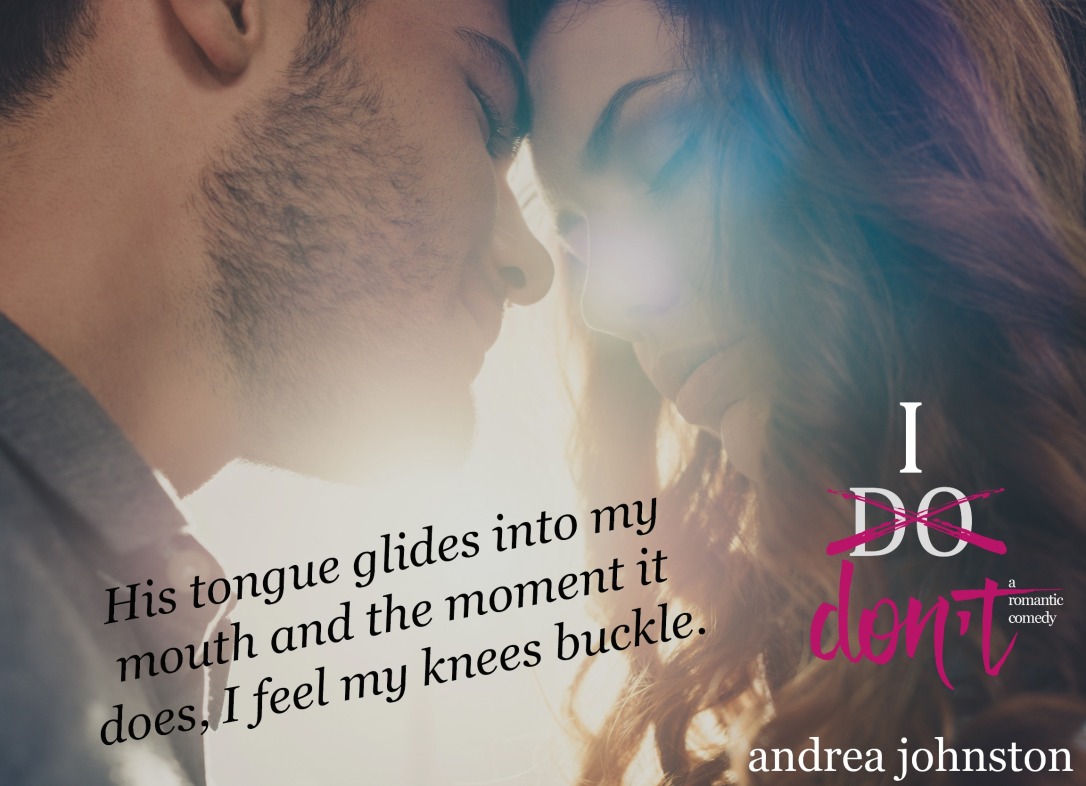 I Don’t was a slow burn romance that built up at just the right pace. Despite Lucas and Whit having a history, it didn’t just skip to them being complete in love and obsessed with each other. Lucas was sexy and everything a girl could want in a man. His loved for Whit was apparent in all of his actions. Just like her previous books, Andrea Johnston wrote a sweet love story with just the right amount of steam. I actually re-read this book this past week because I read through it so quickly the first time in a rush before my own wedding on July 8th. I was able to enjoy it at a better pace this week at the beach and it was even better the second time. 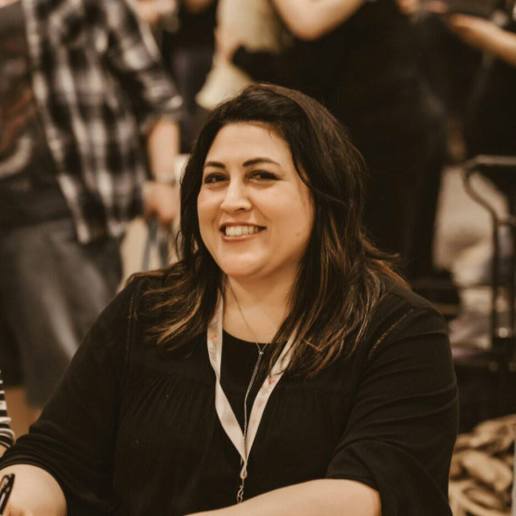 Andrea Johnston spent her childhood with her nose in a book and a pen to paper.

An avid people watcher, her mind is full of stories that yearn to be told.

A fan of angsty romance with a happy ending, super sexy erotica and a good mystery, Andrea can always be found with her Kindle nearby fully charged.

Andrea lives in Idaho with her family and two dogs. When she isn’t spending time with her partner in crime aka her husband, she can be found binge watching all things Bravo and enjoying a cocktail. Nothing makes her happier than the laughter of her children, a good book, her feet in the water, and cocktail in hand all at the same time.